Each beginning of the year I attempt to learn a new skill. Typically these first months of each year tend to be less hectic than the rest of the year. While this year began relative normal the Coronavirus outbreak created a massive challenge for all of us.

Perhaps a little more intensive than initially planned I use this current work-from-home period to dedicate time to learn something new. Or, like this year, to revisit a technic I have not used in a while. 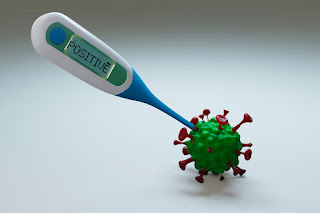 The start of this year I took a deep dive into an awesome app called Blender. For those not familiar, it’s an awesome 3D tool to model, sculpt, texture, light and render 3D objects and scenes. Even though it is free(!), it is very capable.

Since relocating to the US, this year a decade ago, I had not used Blender and found out that in those years the application grew up quite a bit to become a truly amazing tool to create art.

So, to dive right in of what I was able to pull from this amazing app. Here are some recent examples…

When I first used it, years ago, the steep learning curve threw me off. None of my attempts to create something with earlier versions of the application ever materialized in results I was happy with. This time, the moment I (downloaded and) opened the newest version (Blender 2.8) I was amazed, thrilled and energized… And realized that it was exactly what I was looking for to kick off the new year!

Let’s circle back for a second. Even-though I mostly focus on photojournalism, 3D & CGI is not entirely new too me. Back in my art school days I tried to learn a 3D/CGI packages called Strata StudioPro and I was able to run it on the Art Departments’ sole (low-end) PowerPC.

Let me tell you, that underpowered machine was slow in rendering compare to what I have to my disposal now! It really was like watching paint dry. Perhaps I should have turned the progressive rendering off, but really loved seeing images appear slowly in front of my eyes as if it was a photo developing in the darkroom.

Back to January of 2020. Blender now runs on pretty much everything and out of the box it promises to be much more accessible than before. All I needed was some sort of practice subject. I looked around in my studio and found one of my wife’s old cameras that — on first sight— looked like a great simple shape to practice with.
I picked up a vintage and iconic Polaroid Land Camera OneStep and decided it had all I wanted and started modeling. Soon I ran into things I didn’t know and found that the Blender community had an answer for everything! For every single problem you’ll find a clear and easy to understand video tutorial on Youtube. This month I watched many of them and I learned a lot! I was amazed with how easy to digest these tutorials were.

In the two day process to model this iconic polaroid camera I leaned one thing; Look up everything you feel you do not know enough about. I found it really helps to know the details of what you are talking about. What is its history.., how.., when.., why…?

Though appreciating it fully I never really used instant photography as a medium in my Art(school) days. These were the early days of digital and I think Polaroid was already on its way out before I got my hands on it. I always thought it was kind of a gimmick, something artist like Andy Warhol, and others used in the past.
If I think back I only remember using a Polaroid camera once or twice and — like using Blender before — was never really trilled with the results I got out of it. Instead I fully transitioned “going Digital” as early as 1998 when I purchased the first (consumer grade) digital camera I could put my hands on.

The bug of the Art of Polaroid Photography never bit me I always admired the design of the machine. I was especially intrigued whit the re-incarnation when the Impossible Project attempted (and partially) succeed to relaunch the iconic instant camera concept.

Now, after several months of (re)familiarizing with CGI I start to enjoy the process of creating and control and hope to add more fresh creations to my growing illustration portfolio.

All images shown in this article are now available to license and download and hopefully my work can help you with your next project! If so, let me know and if not, please drop a line with your suggestions or requests!